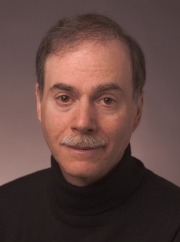 Stephen J. Ceci is the Helen L. Carr Professor of Developmental Psychology at Cornell University. He studies the accuracy of children’s courtroom testimony (particularly as it applies to allegations of physical abuse, sexual abuse, and neglect), as well as the development of intelligence and memory. He is the author of approximately 300 articles, books, and chapters, and he has given hundreds of invited addresses around the world (see below). Ceci’s past honors and numerous scientific awards include a Senior Fulbright-Hayes fellowship and an NIH Research Career Scientist Award. His article in Psychological Bulletin was awarded the 1994 Robert Chin Prize from the Society for the Psychological Study of Social Issues for the best article dealing with child abuse and neglect, and it was named one of the top 20 articles in 1994 by Hertzig & Farber. Ceci has received the IBM Supercomputing Prize, three Senior Mensa Foundation Research Prizes for his work on intelligence, and the Arthur Rickter Award for his work on children’s testimony. Recently, he was named the 2000 Distinguished Lifetime contribution Award by the American Board of Forensic Psychology and he is the recipient of the American Psychological Association’s Lifetime Contribution to Science and Society, to be conferred at the 2002 annual meeting of APA.. He also serves on numerous editorial boards.