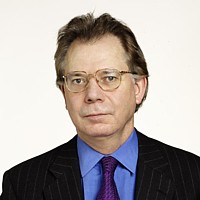 Tim Congdon is an economist and businessman who has for over 30 years been a strong advocate of sound money and free markets in the UK’s public policy debates. He is often regarded as the UK’s leading “monetarist” economist and as one of its most influential economic commentators.

He was a member of the Treasury Panel of Independent Forecasters (the so-called “wise men”) between 1992 and 1997, which advised the Chancellor of the Exchequer on economic policy. Lombard Street Research, one of the City of London’s leading economic research consultancies, was founded by him in 1989. He was its Managing Director from 1989 to 2001 and its Chief Economist from 2001 to 2005.

He has been a visiting professor at the Cardiff Business School and the City University Business School (now the Cass Business School). He was awarded the CBE for services to economic debate in 1997. Tim is a prolific writer of newspaper and magazine articles, and has authored seven books. A collection of his papers, with the title Keynes, the Keynesians and Monetarism, was published in September 2007.

Congdon’s latest book is Money in a Free Society. This adds a new introduction and several papers provoked by the Great Recession to his 2007 book Keynes, the Keynesians and Monetarism, as well as expanding some of the papers there.

In 2009 Congdon set up International Monetary Research, a company which surveys monetary developments in the world’s leading economies and draws conclusions about their investment implications. He is chief executive of the company, which is his latest venture.

He was runner-up in the 2010 leadership contest for the UK Independence Party.

December 2011 : Will the Real John Maynard Keynes Please Stand Up?

Lead Essay: Dangerous Waffle about “the” Liquidity Trap
The Conversation: Replies to Baker, Boudreaux, and Hetzel