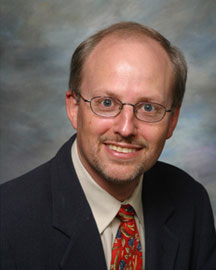 Timur Kuran is Professor of Economics and Political Science, and Gorter Family Professor in Islam and the Social Sciences at Duke University. His teaching and research draw on multiple disciplines, including economics, political science, history, and legal studies.

He has written extensively on the evolution of preferences and institutions, with contributions to the study of hidden preferences, the unpredictability of social revolutions, the dynamics of ethnic conflict, perceptions of discrimination, and the evolution of morality. His best known theoretical work is Private Truths, Public Lies: The Social Consequences of Preference Falsification, which deals with the repercussions of being dishonest about what one knows and wants.

Kuran has also written on Islam and the Middle East, with an initial focus on contemporary attempts to restructure economies according to Islamic teachings. Several of his essays on this topic are included in Islam and Mammon: The Economic Predicaments of Islamism. Since the mid-1990s he has turned his attention to the conundrum of why the Middle East, which once had a high standard of living by global standards, but subsequently fell behind in various realms, including economic production, organizational capability, technological creativity, democratization, and military strength.

The Conversation: You Can’t Keep a Lid on Discontent Forever