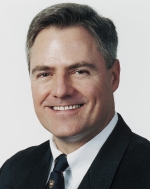 Tom G. Palmer is a senior fellow at the Cato Institute, vice president for international programs at the Atlas Economic Research Foundation, and General Director of the Atlas Global Initiative for Free Trade, Peace, and Prosperity.

Palmer is the author of Realizing Freedom: Libertarian Theory, History, and Practice. Before joining Cato he was an H. B. Earhart Fellow at Hertford College, Oxford University, and a vice president of the Institute for Humane Studies at George Mason University. He frequently lectures in North America, Europe, Eurasia, Africa, Latin America, China, and the Middle East on political science, public choice, civil society, and the moral, legal, and historical foundations of individual rights. He has published reviews and articles on politics and morality in scholarly journals such as theHarvard Journal of Law and Public Policy, Ethics, Critical Review, and Constitutional Political Economy, as well as in publications such as Slate, the Wall Street Journal, the New York Times, the Washington Post, and The Spectator of London. He received his B.A. in liberal arts from St. Johns College in Annapolis, Maryland, his M.A. in philosophy from The Catholic University of America, Washington, D.C., and his doctorate in politics from Oxford University.

Response Essays: Liberty Is Liberty
The Conversation: Liberal Republicanism, Moving Pictures, and Why Freedom Isn’t the Same as Goodness

Response Essays: Which Inequalities Are Ours to Arrange?
The Conversation: I’m Back! Response to Schmidtz, Singer, and Hacker