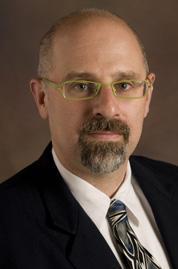 Tom Ginsburg is the Deputy Dean, the Leo Spitz Professor of International Law, the Ludwig and Hilde Wolf Research Scholar, and a Professor of Political Science at the University of Chicago. He is also the co-director of the Comparative Constitutions Project, which investigates “the sources and consequences of constitutional choices.”

He is the author of three books: The Economics of Judicial Reputation (University of Chicago Press, 2015), with Nuno Garuopa; The Endurance of National Constitutions (Cambridge, 2009), with Zachary Elkins and James Melton; and Judicial Review in New Democracies: Constitutional Courts in East Asia (Cambridge, 2003). He is also the author of numerous scholarly articles, appearing in venues such as the American Journal of Comparative Law, Administrative Law Review, George Washington International Law Review, and numerous others.

He holds BA, JD, and PhD degrees from the University of California at Berkeley.