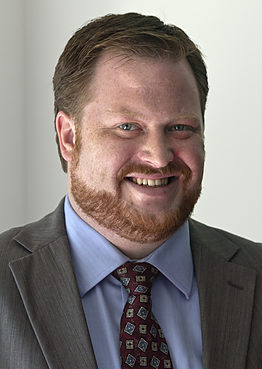 Trevor Burrus is a research fellow in the Cato Institute’s Robert A. Levy Center for Constitutional Studies and in the Center for the Study of Science, as well as editor-in-chief of the Cato Supreme Court Review. His research interests include constitutional law, civil and criminal law, legal and political philosophy, legal history, and the interface between science and public policy. His academic work has appeared in journals such as the Harvard Journal of Law and Public Policy, the New York University Journal of Law and Liberty, the New York University Annual Survey of American Law, the Syracuse Law Review, and many others. His popular writing has appeared in the Washington Post, the New York Times, USA Today, Forbes, the Huffington Post, the New York Daily News, and others.

Burrus lectures regularly on behalf of the Federalist Society, the Institute for Humane Studies, the Foundation for Economics Education, and other organizations, and he frequently appears on major media outlets. He is also the co-host of Free Thoughts, a weekly podcast that covers topics in libertarian theory, history, and philosophy.

Response Essays: Don’t Hate the Players, Hate the Game: Why a Properly Enforced Constitutional Order is Preferable to “Moderation”
The Conversation: Moderation: Whatever It Is, It’s Overrated