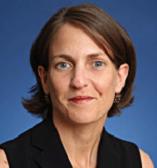 Veronique de Rugy is a Resident Fellow specializing in tax and budget policy as well as financial privacy at the American Enterprise Institute (AEI). Before she took the current position, de Rugy was a Fiscal Policy Analyst at The Cato Institute (2001-2004). Prior to Cato she was a Visiting Scholar within the Department of Economics at George Mason University (1999-2000) and a post-doctoral fellow (2000-2001). Currently she is also serving as a Board Member and Secretary of the Center for Freedom and Prosperity, a position she has held since 2000.

Apart from numerous articles and short publications, de Rugy is very involved with speaking engagements. She also has a strong interest in homeland security budget and spending, and is currently working on the National Research Initiative.