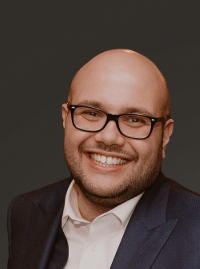 Vincent Geloso is an Assistant Professor of Economics at George Mason University and earned his PhD from the London School of Economics. Previously, he was postdoctoral fellow at Texas Tech University and assistant professor at Bates College and King’s University College.

Professor Geloso specializes in the measurement of living standards today and in the distant past. He combines his specialization in economic history with a specialization in political economy in order to explain differences in living standards over time and space. His articles have notably been published in Public Choice, Explorations in Economic History, Journal of Economic Behavior and Organization, European Review of Economic History, Contemporary Economic Policy, Southern Economic Journal, Health Policy & Planning, and Economic Inquiry. He has also authored more than 200 opinion articles in French and Canadian newspapers such as Le Point, Journal de Montréal, Journal de Québec, National Post, The Montreal Gazette, Le Devoir, La Presse, The Toronto Star, the Globe & Mail and the Toronto Sun.

He is also senior fellow at the Fraser Institute, the Montreal Economic Institute and the American Institute for Economic Research.

Lead Essay: The Case for Not Getting Rid Of a Ceremonial Monarch
The Conversation: Do Not Confuse Appearance and Function: Constraints Need Not Be Monarchical