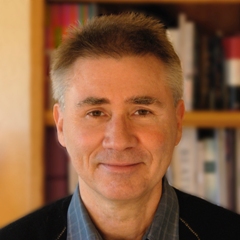 William Burns is a research scientist at Decision Research, a consultant at the Center for Risk and Economic Analysis of Terrorism Events (CREATE), and teaches part-time in the College of Business at California State University San Marcos. His earlier work, while on the faculty at the University of Iowa and University of California Davis, focused on the public’s response to natural disasters and technological accidents. This research was supported in part by grants from the National Science Foundation and has been published in academic journals such as Management Science and Risk Analysis.

Influenced by the events of September 11th and Hurricane Katrina he has resumed his academic research and now is focusing on modeling public response and the subsequent economic impacts of disasters (special emphasis on terrorism) on urban areas. A paper (with Paul Slovic) “Predicting Public Response to a Terrorist Strike” was awarded ‘Best Paper’ at the 2005 Society for Risk Analysis Conference. Investigations over the near future seek to develop a new generation of research focused on a dynamic rather than a static portrayal of risk perception, risk-related behavior, and policy preference. In a similar fashion, this program of research also explores new economic models that may be linked to behavioral measures of risk in order to accurately predict economic impacts.