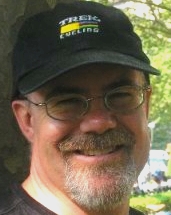 William Easterly is Professor of Economics at New York University, joint with Africa House, and Co-Director of NYU’s Development Research Institute. He is also a non-resident Fellow of the Center for Global Development in Washington DC. William Easterly received his Ph.D. in Economics at MIT. He spent sixteen years as a Research Economist at the World Bank. He is the author of The White Man’s Burden: How the West’s Efforts to Aid the Rest Have Done So Much Ill and So Little Good (Penguin, 2006), The Elusive Quest for Growth: Economists’ Adventures and Misadventures in the Tropics (MIT, 2001), 3 other co-edited books, and 46 articles in refereed economics journals. His work has been discussed in media outlets like National Public Radio, the BBC, the New York Times, Wall Street Journal, Washington Post, the Economist, the New Yorker, Forbes, Business Week, the Financial Times, and the Christian Science Monitor. Easterly’s areas of expertise are the determinants of long-run economic growth and the effectiveness of foreign aid. He has worked in most areas of the developing world, most heavily in Africa, Latin America, and Russia. Easterly is an associate editor of the Quarterly Journal of Economics, the Journal of Economic Growth, and of the Journal of Development Economics. He was born in West Virginia and grew up in Bowling Green, Ohio. He is the baseball columnist for the Vatican newspaper L’Osservatore Romano.