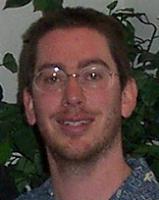 Bryan Caplan is a professor of economics at George Mason University. In his book The Myth of the Rational Voter, he criticized the assumption that voters are generally rational, which forms the basis of public choice theory. His book Selfish Reasons to Have More Kids: Why Being a Great Parent is Less Work and More Fun Than You Think examines the reasons why, in his view, people underestimate the payoff and overestimate the work of having more children.

A great deal of his professional work has been devoted to the philosophies of libertarianism and free-market capitalism. Caplan is also well known for his criticisms of the Austrian school of economics. While he once considered himself an economist in the Austrian tradition, he has since rejected Austrian “praxeological” methods in favor of neoclassical methods. While Austrian economists have universally disagreed with his criticisms, many have praised him as one of their more knowledgeable and interesting critics.

Caplan received his B.S. in economics from University of California, Berkeley and his Ph.D. from Princeton University.