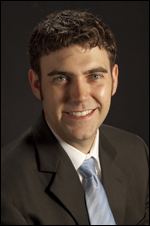 Bryan R. Early is an assistant professor in the Political Science Department at the University at Albany, SUNY and the founding Director of the Project on International Security, Commerce, and Economic Statecraft (PISCES). He conducts research on topics related to foreign policy and international security and is an expert on economic sanctions, strategic trade controls, and the proliferation of nuclear and aerospace technology. His forthcoming book, entitled Busted Sanctions: Explaining Why Economic Sanctions Fail, is due to be published by Stanford University Press in January of 2015. The book explores why and how other countries around the world have undercut the effectiveness of U.S. economic sanctions with their foreign trade and foreign aid. Dr. Early is the author of 15 other scholarly articles and has been awarded over two dozen grants from the U.S. State Department to assist foreign governments in preventing the proliferation of weapons of mass destruction. Previously, he was a research fellow at Harvard University’s Belfer Center for Science and International Affairs and a visiting scholar at the Dubai School of Government.

Response Essays: Why Sanctions Busting Leads to Broken Sanctions Policies
The Conversation: Explaining Which International Organizations Can Best Contribute to the Success of Economic Sanctions