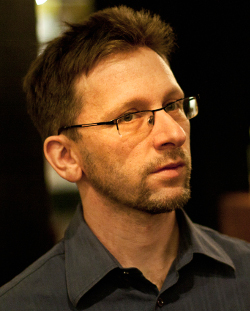 He is the author of The Multiculturalism of Fear (OUP 2000) and Rationalism, Pluralism, and Freedom (OUP 2015) (discussed here) , and editor or coeditor of Colonialism and Its Legacies, Nomos LV: Federalism and Subsidiarity, and the forthcoming Oxford Handbook of Classics in Contemporary Political Theory. He is the incoming field editor for political theory of The Journal of Politics. He holds a B.A. in Political Science from Brown University, an M.A. and Ph.D. in Politics from Princeton University, and an LL.M. from the University of Chicago Law School. His academic writing includes, most recently, “Political Libertarianism,” in The Cambridge Handbook of Classical Liberal Thought. Levy is an Adjunct Scholar at the Cato Institute and a Senior Fellow at the Niskanen Center. His writing on contemporary questions has been published in Foreign Policy, The Los Angeles Times, The Chicago Tribune, Salon, The Australian, Slate (France), The Chronicle of Higher Education, Reason, The Boston Review, and The New Republic online.

May 2020 : Intersectionality and Classical Liberalism

Lead Essay: Of Groups, Intersections, and the People Who Inhabit Them
The Conversation: Reply to Magness and Rojas

Response Essays: A Crisis, but Not Just an American One
The Conversation: Fighting the Crisis We Survived