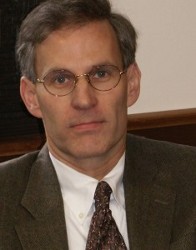 Miron has published more than 25 articles in refereed journals and 50 op-eds in the Boston Herald, Boston Business Journal, Boston Globe, CNN.com, nytimes.com, forbes.com, and other outlets.  Miron’s commentary on economic policy has appeared on CNN, CNBC, Bloomberg, and Fox television, BBC radio, and in dozens of other television, radio, and print media around the world.

Miron’s area of expertise is the economics of libertarianism.   He has written extensively on the economic case against drug prohibition, and he has been a vocal critic of the Treasury bailout and the Obama administration’s fiscal stimulus.

Miron is also a star teacher.  In four of the past five years, the Senior Class at Harvard has chosen him as one of their favorite teachers.   His most popular offering is a course titled “A Libertarian Perspective on Economic and Social Policy,” which has attracted more than eight hundred students in just four years.

Response Essays: What Matters Are Consequences, Not Context