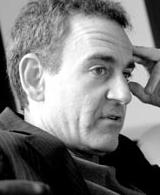 Beginning in October, Timothy Naftali will be the first director of the Richard Nixon Presidential Library and Museum in Yorba Linda, California. He is now associate professor within the History Department and director of the Presidential Recordings Program and Kremlin Decision-Making Project. He also serves as an Instructor within the Centre for Counterintelligence and Security Studies as well as a historical consultant. Before these current positions, Naftali served as a Visiting Associate Professor at Yale University (1996-1998) and an Assistant Professor at the University of Hawaii (1993-1997) – both within the Department of History.

Naftali’s research focuses on the Soviet Union in the Cold War, the history of intelligence in Europe and America, the presidency of John F. Kennedy, and World War II and Nazi war crimes. Apart from lecturing widely on these topics, Naftali writes political histories on the Cold War, World War II, and espionage. He also regularly reviews books for national newspapers such as the New York Times, The Wall Street Journal, and the Los Angeles Times. Naftali serves as a consultant to the Imperial Japanese and Nazi War Criminal Records Interagency Working Group, an effort established by Congress to facilitate the declassification of all official records pertaining to U.S. knowledge of Nazi war crimes and the fate of Nazi war criminals.

Among his most recent publications are — Khrushchev’s Cold War (co-written with Aleksandr Fursenko) and Blind Spot: The Secret History of American Counterterrorism.