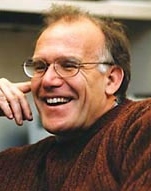 Victor Davis Hanson is a Senior Fellow at the Hoover Institution, Stanford University, a Professor Emeritus at California University, Fresno, and a nationally syndicated columnist for Tribune Media Services.

Hanson was a National Endowment for the Humanities fellow at the Center for Advanced Studies in the Behavioral Sciences, Stanford, California (1992-93), a visiting professor of classics at Stanford University (1991-92), a recipient of the Eric Breindel Award for opinion journalism (2002), and an Alexander Onassis Fellow (2001).

Hanson is the author of hundreds of articles, book reviews, scholarly papers, and newspaper editorials on matters ranging from Greek, agrarian and military history to foreign affairs, domestic politics, and contemporary culture. He has written or edited 16 books, including the newest book, A War Like No Other: How the Athenians and Spartans Fought the Peloponnesian War.

Hanson was educated at the University of California, Santa Cruz (B.A. Classics, 1975), the American School of Classical Studies (1978-79) and received his Ph.D. in Classics from Stanford University in 1980.

He lives and works with his family on their forty-acre tree and vine farm near Selma, California, where he was born in 1953.