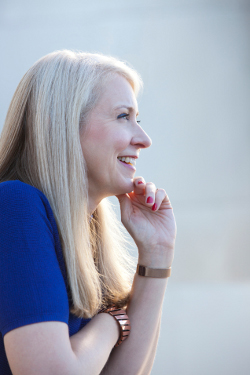 Virginia Postrel is the author of The Power of Glamour: Longing and the Art of Visual Persuasion, as well as The Substance of Style and The Future and Its Enemies.

From July 1989 to January 2000, Postrel was the editor of Reason magazine. She has written a regular column for The New York Times business section as well as contributing to the Atlantic and Bloomberg View. Writing in Vanity Fair, Sam Tanenhaus described Postrel as “a master D.J. who sequences the latest riffs from the hard sciences, the social sciences, business, and technology, to name only a few sources,” while Camille Paglia has called her “one of the smartest women in America.” Postrel graduated Phi Beta Kappa from Princeton University, with a degree in English literature.